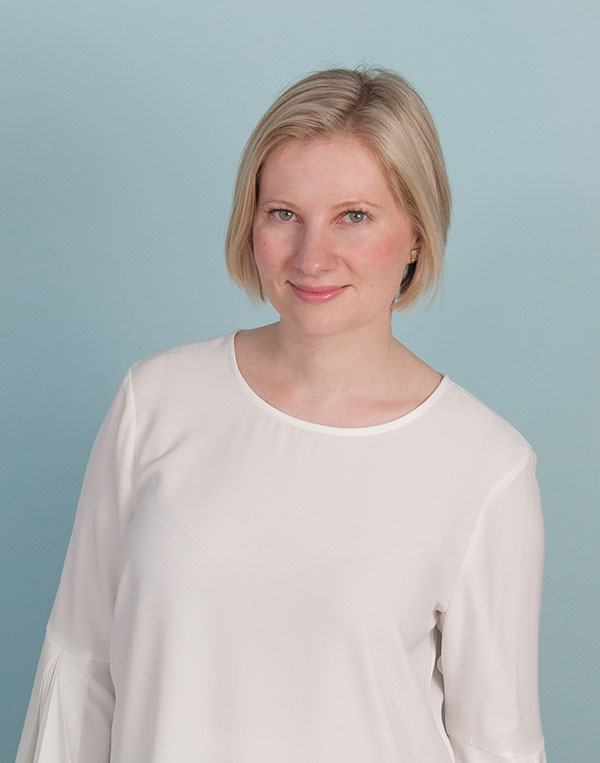 Dr. Anya is a highly regarded and experienced dental professional. She provides wide range of services, including general and cosmetic dentistry, Invisalign, TMJ and migraine treatments with removable appliances, Botox and Fillers. She puts strong emphasis on the long term success of the treatments, great aesthetics and patient’s comfort. She has been named Invisalign Preferred Provider for 3 years in a row.

Dr. Anya strongly believes in being involved in the local community. She and her team sponsored and ran East Boston YMCA 5K. She has participated in Special Olympics Dental Screenings, Countdown to Kindergarten Screenings, and Mattapan Health Care Fair Dental Screenings. Dr. Anya also has implemented a public health project analyzing Early Childhood Caries providing for extensive treatments in younger patients. In 2012, Dr. Anya traveled to San Marcus, Honduras to provide dental care in rural underdeveloped areas. Dr. Anya was born in St. Petersburg, Russia and moved to Boston at the age of 12. She is fluent in both Russian and English and in her spare time she enjoys traveling, visiting The Point East Boston Yoga, and spending time with her family. 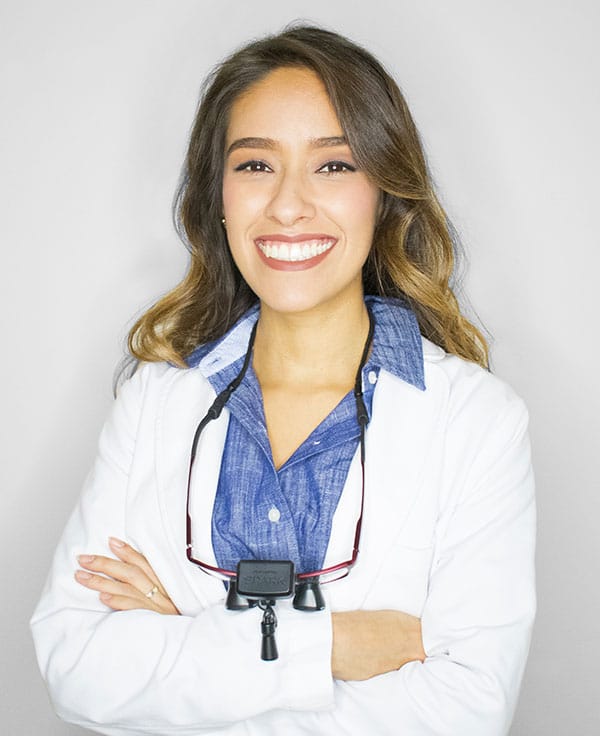 Dr. Venegas is a graduate from the International Dentist Program at University of Alabama School of Dentistry where she received her DMD degree. She also earned a DDS degree with Honors from Cayetano Heredia University in Lima, Peru.

As a general dentist, she has been working with adults and children of all ages. Dr. Venegas is committed to providing outstanding oral healthcare to her patients. Her motivation is to create smiles and improve the quality of life of every patient. She is fluent in English and Spanish. In her spare time, she enjoys drawing comics and traveling. 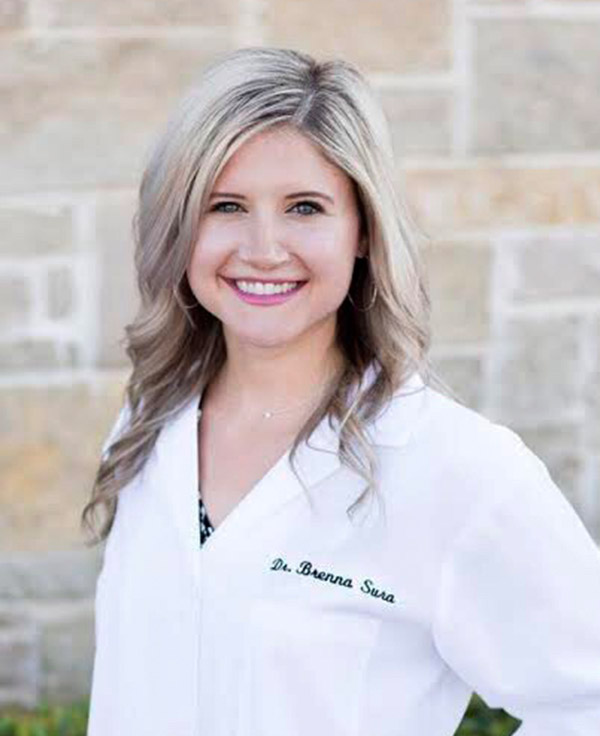 Dr . Brenna is a Texas native who made her way to Boston through her husband's Breast Imaging fellowship at Brigham and Women's Hospital. Dr. Brenna found her passion for dentistry at a very young age after completing years of orthodontic work. She enjoys educating and providing dental care for patients of all ages, and is most fulfilled by transforming smiles to change lives.

Dr. Brenna graduated from St. Edward's University in Austin, TX in 2012 with a BS in Biochemistry. She went on to graduate from the University of Texas Health Science Center School of Dentistry in San Antonio in 2016 as DDS with distinction. Dr. Brenna received numerous awards throughout her graduate career including the T. Schoeni Wolfe DDS Memorial Award for displaying exceptional care for patients and colleagues; the International Congress of Oral Implantology Pre-Doc Achievement Award for recognition in oral implantology; Distinction in Education through her Teaching Honors and Mentorship Program; and the University Health Science Center award for best overall student athlete.

In her spare time Dr. Brenna can be found hiking with her husband and two Golden Doodles, playing soccer, or partaking in any variety of outdoor events. You can also find her working out at Crossfit Southie. 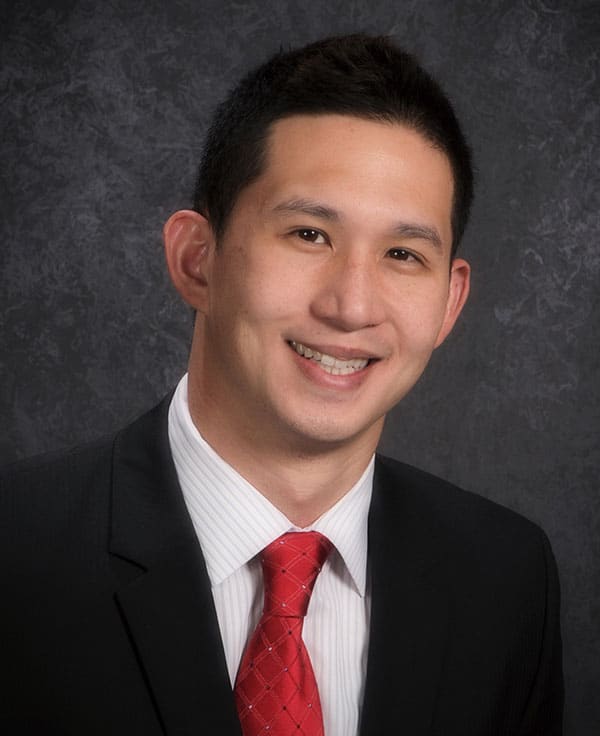 Dr. Kevin Chen is originally from Great Neck, NY. He received his Bachelors of Science in Biomedical Engineering from Johns Hopkins University, and Masters of Science in Biomedical Engineering from the University of Southern California. After brief stints as an engineer and pastry chef, he returned to USC to complete his Doctor of Dental Surgery degree. He later completed a general practice residency and oral surgery fellowship at Montefiore Hospital in the Bronx, NY. Most recently Dr. Chen completed his Certificate in Advanced Graduate Studies in Periodontology at Boston University. On his time off, Dr. Chen enjoys gardening, baking and playing Catan. He is currently a faculty member at the Boston University School of Dental Medicine, Periodontics Department, a member of the American Academy of Periodontics and the Massachusetts Dental Society. 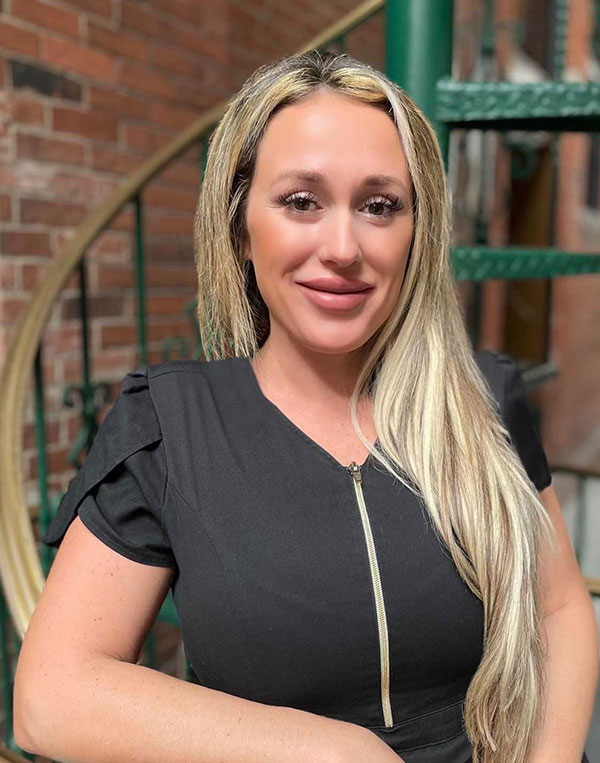 Kaite is a Registered Dental Hygienist with over six years under her belt. With a background in dental assisting prior to becoming a dental hygienist, she is able to explain many dental procedures and put patients at ease prior to treatment. Kaite has never met a stranger! Building long-term bonds with her patients is one of the most rewarding aspects of her job. This is easy to do with her very gentle touch and calm, soothing demeanor. You may spot Kaite around the city as a professional dog walker/sitter on her off days - if you ask she’ll surely show you pictures of the pups.